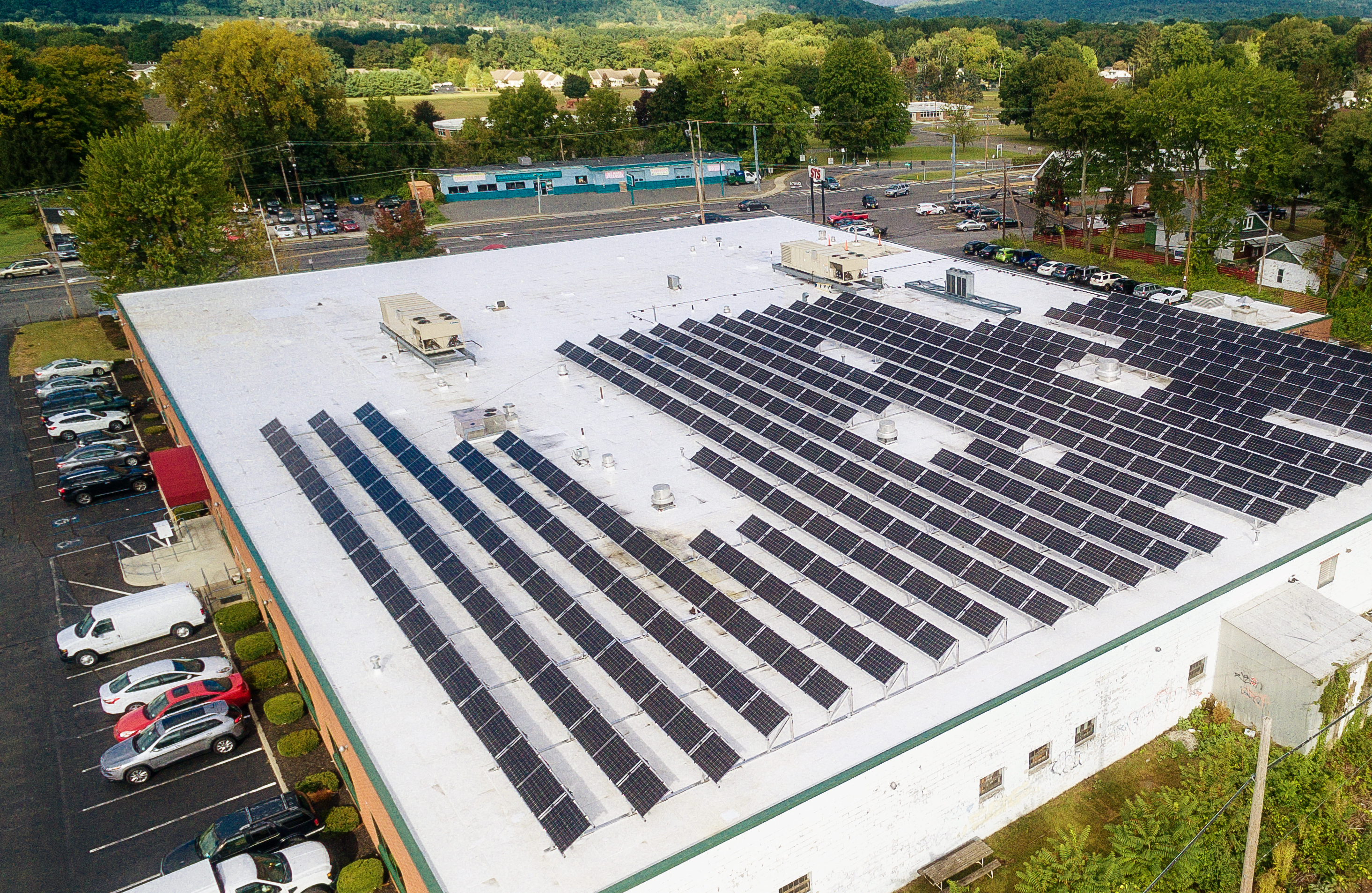 Briarcliff Manor-based Sunrise Solar Solutions LLC has completed the first Community Distributed Generation (CDG) solar energy system in the Hudson Valley, established within the eight-county service territory of Central Hudson Gas & Electric Corp. The new system will allow several dozens of residential customers to purchase renewable energy. The project is significant because it paves the way for commercial solar customers to sell energy to residents under the new “shared solar” arrangement (formally called “Community Distributed Generation”) — now allowed in New York State where the solar electricity from commercial buildings directly reduces the electric bill in the homes of nearby subscribers.

Sunrise Solar Solutions was the installer of choice for project owner Bob Ryan, of Ryan and Ryan Insurance and project developer Tom Kacandes of Inside Track Solar, who had worked many times previously with the award-winning installation company, and says that Sunrise Solar has a record for being successful in helping businesses “leverage their real estate and sell electricity to residents.”

Says Douglas Hertz, president and CEO of Sunrise Solar Solutions: “We’re proud to have built one of the first CDG systems in New York State, and we expect that this will be the first of many community solar projects for us throughout the Hudson Valley.”

He added, “We’re excited to be working with a series of entities throughout the region, and looking at CDG projects for all sorts of different settings, such as co-ops, condos and HOAs, to name a few.”

Some 532 two-sided solar panels — known as bifacial solar panels – were installed using a specially angled rack system on a customized white reflective rooftop surface. These panels have a greater output than conventional one-sided panels, because they are designed to capture both direct and reflected sunlight. This setup is particularly well suited for the Northeast, where winter conditions would typically limit solar output, as Mr. Hertz explains.

“This system works very well in winter, because snow just slides off the panels, lays on the white roof, and contributes to reflected energy. We see very high output in winter,” says Mr. Hertz. That translates into more solar energy for residents, and greater income potential for the business owner.

These improvements, combined with federal solar tax credits that help to offset the costs of the rooftop upgrades, make a very compelling economic case for installing a CDG system on the roof of a commercial property — even in the Northeast, and even for smaller scale projects like this one, which will generate about a quarter-million kilowatt hours per year, or enough for about 25 homes. That energy will be fed into the grid, and participating residents will receive net metering credits on their utility bills, just as if they had installed solar panels on their roof.

“Many residents can’t install solar panels on their own homes, such as those who live in an apartment building or on a shaded property,” says Hertz. “Now, New York State’s progressive energy policies allows local business owners to give these residents access to the benefits of solar at competitive pricing, while at the same time increasing the value of that commercial property.”

To get the greatest value out of a community solar farm installation, Mr. Hertz advises business owners to take advantage of the solar tax credit at its current level of 30 percent. The credit has been temporarily extended by the federal government, but is scheduled to be reduced and phased out after 2019.