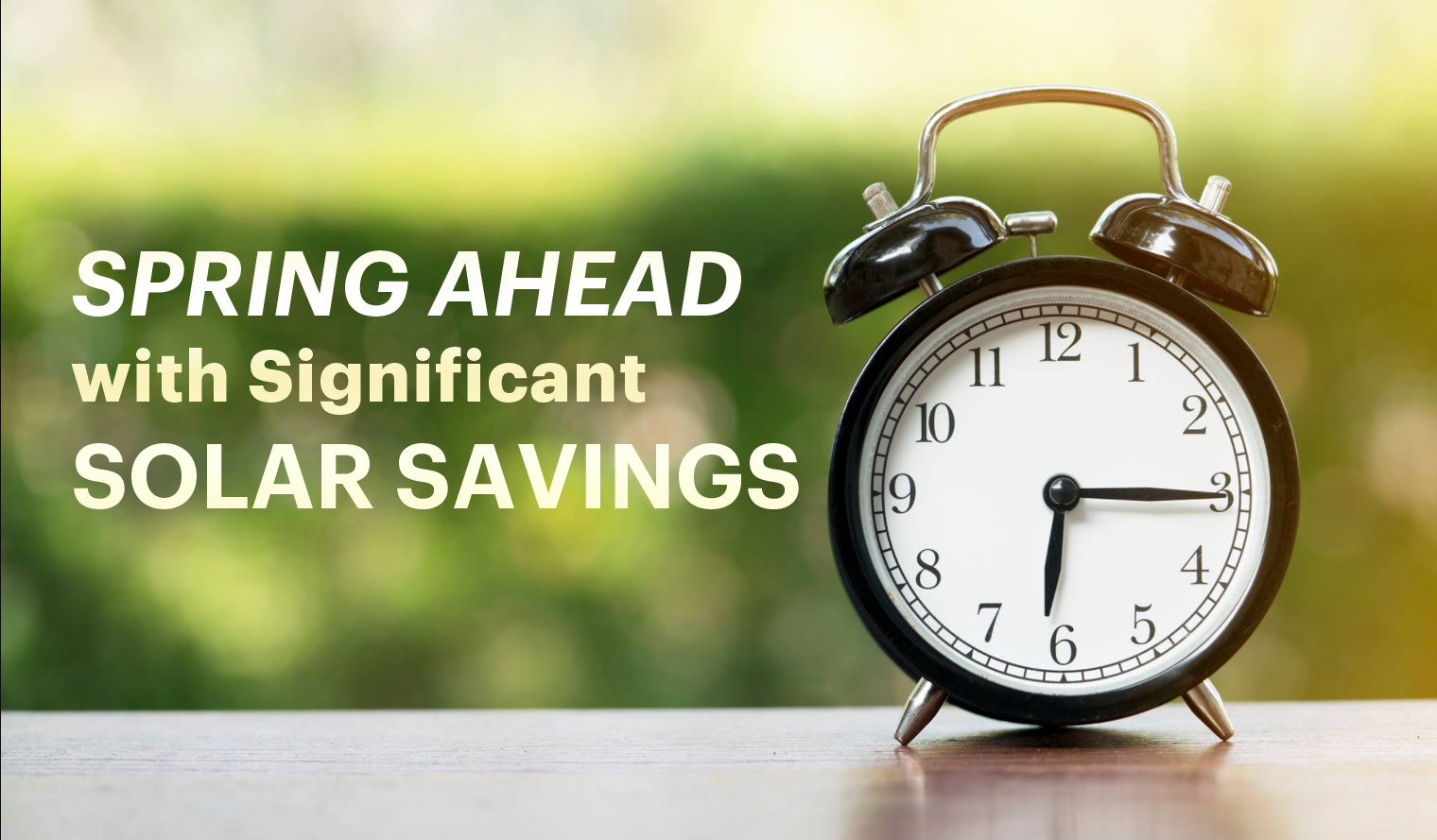 This weekend, we “Spring Ahead” as Daylight Saving Time begins on Sunday, March 10 and continues for 34 weeks, ending on the first Sunday in November. All across the country, people will be moving their clocks forward an hour, then spending the next eight months with more awake time in the evenings than in the mornings.

But, there’s a lot more to Daylight Saving Time (DST) than just setting your clock ahead.  DST is also good for the environment and your wallet.  Research shows that DST has resulted in significant energy savings.  In 2008, the Department of Energy studied the impact of the extended Daylight Saving Time on energy consumption in the U.S. and found that “the extra four weeks of Daylight Saving Time saved about 0.5 percent in total electricity per day. While this might not sound like a lot, it adds up to electricity savings of 1.3 billion kilowatt-hours — or the amount of electricity used by more than 100,000 households for an entire year. These electricity savings generally occur during a three- to five-hour period in the evening.”

DST is also connected to the federal tax credit for solar electric systems, which has helped hundreds of thousands of homeowners to afford solar power systems. DST was first adopted during World War I following Germany’s decision to enact the policy and was so unpopular that the law was removed soon after, then signed back into law by Franklin D. Roosevelt during World War II, and then once again, discontinued after the war. In 1966, President Lyndon Johnson brought back DST.

Almost 40 years later, President Bush signed the Energy Policy Act of 2005, which extended DST – and also included a federal tax credit for residential energy efficient property. This credit included qualified solar electric systems and solar water heaters, which was originally expected to expire after 2016, but was thankfully extended through December 31, 2021.

We love DST here at Sunrise Solar Solutions for these and many other reasons.  Not only do we look forward to all that extra sunshine which generates great amounts of solar power and significant energy savings — we also enjoy the many benefits gained from being awake in the sunshine to exercise, socialize and enjoy nature and our beautiful surroundings.